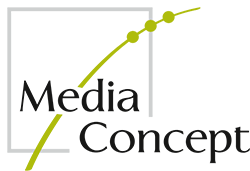 It is one of the great new breedings shown on the IPM 2019 in Essen: ULU!, - the new houseplant from the south pacific. The plant, introduced by Cultivaris, not just goes along with the trend of houseplants, no it also improves the indoor climate and has a social benefit: for every tenth plant sold Cultivaris donates one to charity.

The botanical name of ULU! Is Artocarpus altilis. The name ULU! itself is the Polynesian name for the breadfruit tree – a thousand years old crop plant from the south pacific. The fruits are valued by the locals as they are rich in protein and starch. In the south pacific the plant is a main source of food as a single tree is able to provide food for decades to a family of four. Also in our areas the breadfruit can be consumed, examples are breadfruit flour or tasty chips. However, the houseplant does not bear fruits. However, the big and decorative leaves are without the fruits a treat for the eyes.
Garry Grüber, the inventer of the breadfruit tree as a houseplant, knows the sagas and legends of the plant. One of the legends is about a mutiny on the “Bounty”. The ship was used as a transport vehicle for the breadfruit tree from the south pacific to the Caribbean. Of course the plants had to be watered during the journey. However water was a precious good on a vessel. Therefore, the plants were thrown in the sea during the mutiny and as a result it took many more years until the tree arrived somewhere abroad. 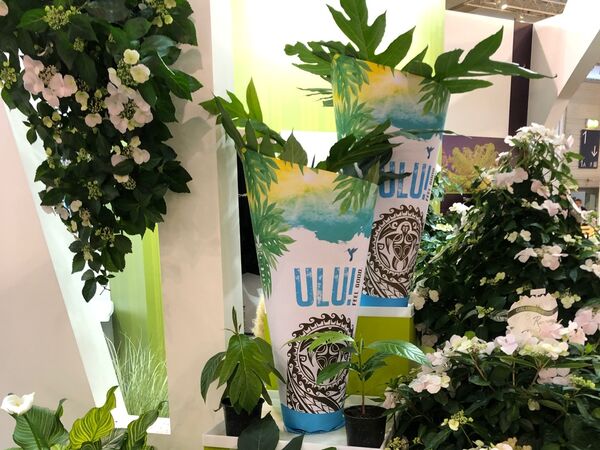 «STYLE UP»
Houseplants are trendy! According to the FloraHolland Europeans spend nearly EUR 36 billion on houseplants and cut flowers and according to the “horticultural trade association” the sales of houseplants in the year 2018 grew by 16 percent compared to 2017. The Burford Garden Company which focueses now more on houseplants had a salces increase in tropical and succulent plants of even 300 percent. With its jungle kind of look and big leaves the breadfruit fits perfectly into this trend.

„BREATHE EASY“
ULU! not only looks good, the plants with its big leaves are great to produce plenty of oxygen. Furthermore, the plant is great in absorbing pollutants from the air. Not only decorative but also useful!

„CARE AND SHARE“
By buying an ULU! one does something good as Cultivaris donates for every tenth plant sold a breadfruit tree to small farmers in a tropical region- for a long lasting and healthy diet. But that’s not all: For every plant sold, money is donated to the country of origin – in this case the island of Samoa and the research facility “National Tropical Botanical Gardens” in Hawai’i.

Now the task is to communicate all the benefits that come with an ULU! to the end consumer. Therefore, the design shows a traditional Polynesian tattoo. In specific a turtle which is a symbol for fertility and a long life. The whole design makes the beholder think of a tropical landscape and lets him or her lean back, relax, catch a breath and just feel good. In short one could say: ULU! feel good.

At the IPM ULU! Was mentioned in various press releases. Even the ZDF, a German public-service television, has shown the ULU! during a program as a trendy bathroom plant. Click on the following link in order to watch the program.
https://www.zdf.de/verbraucher/volle-kanne/badezimmerpflanzen-100.html 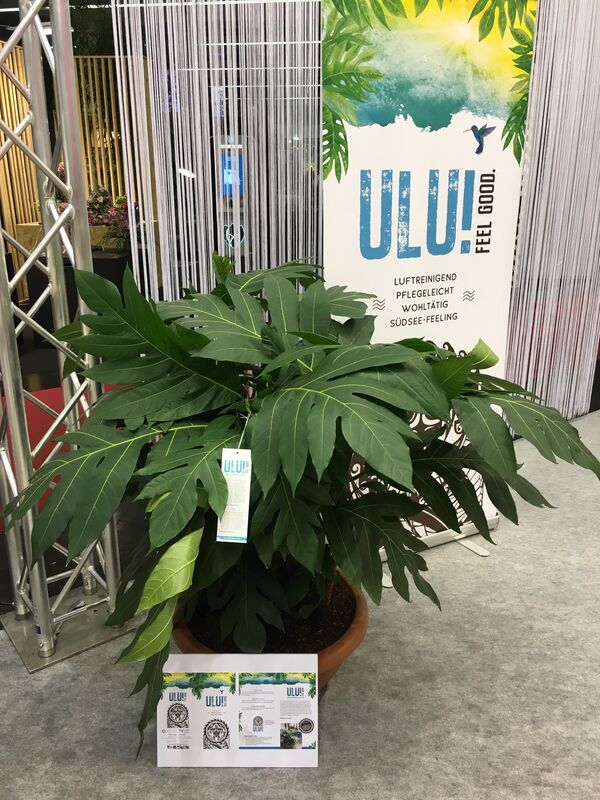